We use cookies to ensure you get the best experience on our website. Learn more. Learn more
arrow_back Back

CODEX DNA’s Gibson Assembly® HiFi 1-Step master mix is the original Gibson Assembly® cloning method, which has been optimized for the scarless joining of up to 5 inserts into a plasmid vector, resulting in DNA constructs with reliably low error rates. This single-tube, isothermal reaction is compatible with fragments ranging from 500 bp to 32 kb and can be completed in 60 minutes or less. Unlike other approaches, CODEX DNA’s Gibson Assembly® process utilizes Phusion® High-Fidelity DNA polymerase for 3’ end extension. This proof-reading process results in higher numbers of error-free clones ready for multiple downstream applications. 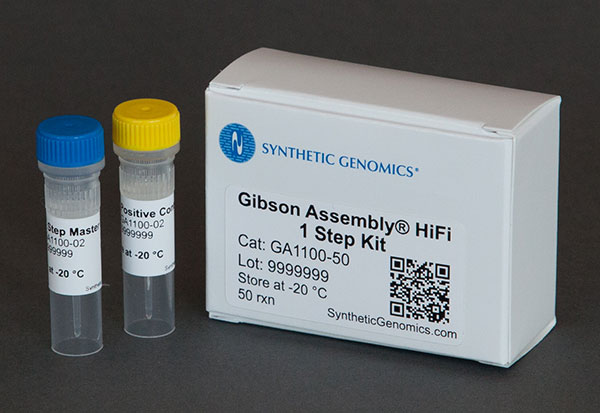 With over 4,000 citations in the scientific literature [Gibson et al. 2009. Nature Methods], CODEX DNA’s Gibson Assembly® is the method of choice for your DNA assembly.

For less concentrated DNA samples, you may be interested in: